Photo from The Daily Mail.comt here

About The Money On Tina Bar

In the area of where ransom money was found, Dr. Palmer noted he found four different layers, as follows:

1.Upper active layer: A six to eight inch depth layer of reworked beach sand which contained the money recovered. This sand layer also contained new soda pop cans and other non rusted debris which was not severely damaged or rusted or aged. This is an upper active layer of sand recently laid down which is currently being worked by the river and natural forces. Such layers are typically sterile which helps explain the survival of the money in this layer.

2. Post Dredging Cross Bedded Layer: An eight to twenty four inch depth layer of cross bedded medium to coarse sands indicating that the river and river waves have worked repeatedly on this layer since 1974. This layer contained older pop cans, glass, rusted nails and spikes and other rusted or aged artifacts which were in a much more deteriorated condition compared to artifacts found in the upper active layer.

3. Clay Lump Sand Layer: A distinctive dark colored layer two feet thick at the money site to over four feet thick 25 yards from the money site (closer to the dredge pile shown in the 1974 USGS photo) and is a mixture of coarse sand and fragments or lumps of organic clay ranging from one inch to five inches in size. This clay layer in all probability, was deposited during the 1974 dredging.

4. Older Sand Layer:  This pre-dredging layer is uniform in texture and composition and is light in color, deposited prior to 1974.

*The money was rounded on its corners which cause is from the flow of water and perhaps tumbling en route.

*The money was remarkably well preserved. The upper active layer of sand on beaches is sterile and one of the best preservatives of any soil. Signs of rubber bands were still in place around the money although they were badly deteriorated. All of this fits with preservation in an upper layer of sterile sand. The money would have lasted no more than a year in nature unless protected.

*The money was found only in the surface layer, and none was found in the post dredging sand below.  See chart below -

A special thanks to Georger for providing the information above, and the chart in this portion of the website. 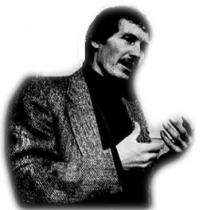 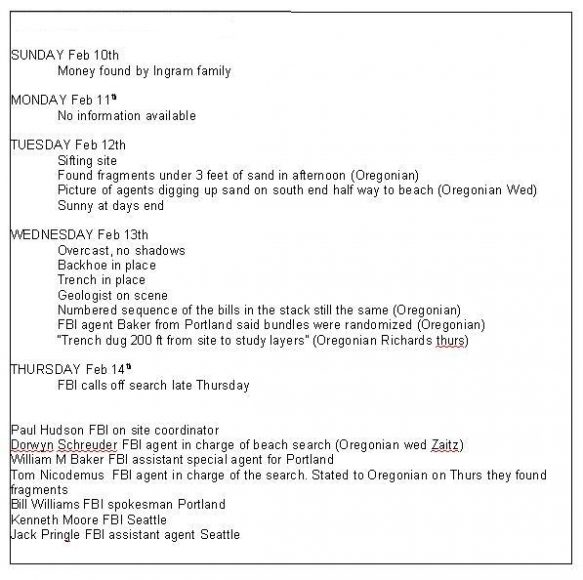 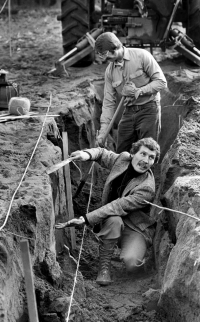 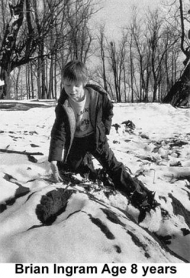 His family turned the money over to the Federal Bureau of Investigation. Eventually, the FBI returned 25 bills to them along with dozens of fragments that contained little or no trace of serial numbers. Most of the notes have lightly written initials of FBI agents who inventoried and examined the items soon after they were discovered by Ingram.

“I was eight years old and on vacation with my parents on February 10, 1980, when I found about $5,800 of the ransom money along the banks of the Columbia River near Vancouver, Washington," Ingram's recalled.

“We were going to make a fire along the river bank. I was on my hands and knees smoothing out the sand with my right arm, and I uncovered three bundles of money just below the surface. My uncle thought we should
should throw it in the fire.”

The money found on Tina Bar seems to be the only evidence that ever surfaced after the crime, other than a placard from the rear stairs found further north from Tina Bar. below are statements from Brian during his visit

The FBI brought in Portland State University geologist Dr. Leonard Palmer to analyse the sand bar where the money was found. He found that between the 1971 hijacking and the 1980 money find, the Columbia River was dredged and sand had been deposited on Tena Bar in 1974. Palmer's report determined that the money was in a layer of top sand laid down by the dredging. This implied that the money was perhaps somewhere else upstream for years before coming to rest on Tena Bar.

Can You Dig It!

There is nothing that points to the money arriving at it's location by hand. If it did not get there by human hands then it had to get there by natural means. From the condition and position of the found money, we know it had to have been protected and all together upon beaching at Tena's Bar.

That means the money stayed in the bag, which we then can conclude Cooper lost it upon jumping or landing or walking through the woods.

Agent Larry Carr speaks about the money find below. 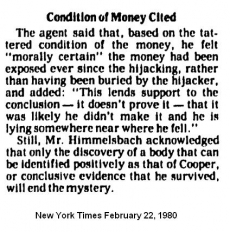 Photo seen on to the left is quoting Agent Ralph Himmeslbach from the Portland FBI. 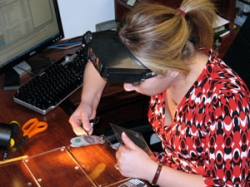 During the recent examination and certification of recovered money from the famous 1971 “D. B. Cooper” skyjacking case, PCGS Currency staff members discovered nearly three dozen serial numbers that apparently had not been previously recorded by the Federal Bureau of Investigation.

Additional bills were given to the FBI, and the insurance company responsible for the $200,000. so, how many more bills could have actually been found in 1980? more of this story about PCGS Currency can be found HERE. 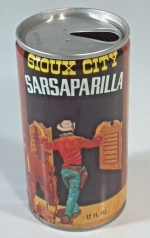 Soda Can Found Near Money Location

Palmer found two cans of Sioux City Sasparilla soda at about the same depth as the money. according

To Palmer the cans were not in the sand long due to no damage from the elements. Palmer believes the

cans got on the river banks not long after being found.

The company statrted this line in 1973. it's doubtful the cans were in the sand that long or rust would be

visible on the cans. it's hard to say if they came in with the tides and settled close together being the same

brand. a third can was also found but Palmer didn't say much about the can. this was a orange soda made

by Nebitt's. one could only speculate and believe it's possible the cans were buried after drinking them. the

The newspaper article can be found here