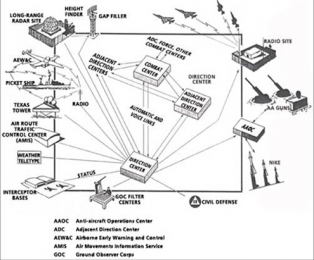 Briefly, the… system will consist of: (1) a net of radars and other data sources and (2) digital computers that (a) receive the radar and other information to detect and tract aircraft, (b) process the track data to form a complete air situation, and (c) guide weapons to destroy enemy aircraft.

The concept of operations for SAGE was fairly simple and was similar to that of modern automated air defense systems. However, it was pioneering at the time.  A large network of radars would automatically detect a hostile bomber formation as it approached the U.S. mainland from any direction. The radar detections would be transmitted over telephone lines to the nearest SAGE direction center, where they would be processed by an AN/FSQ-7 computer. The direction center would then send out notification and continuous targeting information to the air bases best situated to carry out interception of the approaching bombers, as well as to a set of surface-to-air missile batteries. The direction center would also send data to and receive data from adjoining centers, and send situational awareness information to the command centers.  As the fighters from the air bases scrambled and became airborne, the direction center would continue to process track data from multiple radars and would transmit updated target positions in order to vector the intercepting aircraft to their targets. After the fighter aircraft intercepted the approaching bombers, they would send raid assessment information back to the direction center to determine whether additional aircraft or missile intercepts were necessary. 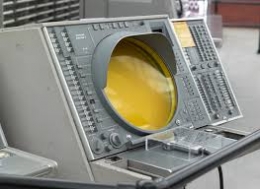 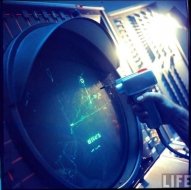 The scope of the SAGE Air Defense System, as it evolved from its inception in 1951 to its full deployment in 1963, was enormous. The cost of the project, both in funding and the number of military, civilian, and contractor personnel involved, exceeded that of the Manhattan Project. The project name evolved over time from Project Lincoln, its original 1951 designator, to the Lincoln Transition System, and finally settled out as the Semi-Automatic Ground Environment, or SAGE. The basic SAGE architecture was cleanly summarized in the preface to a seminal 1953 technical memo written by George Valley and Jay Forrester: Lincoln Laboratory Technical Memorandum No. 20, "A Proposal for Air Defense System Evolution: The Transition Phase." 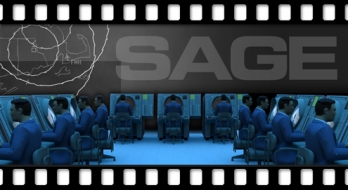 The F-106A operated in conjunction with the SAGE, 'Semi-Automatic Ground Environment', (described below) network linked via the Hughes MA-1 fire-control system to the F-106. It operated by plotting the course needed to intercept an enemy aircraft, automatically sighted the target, fired the air-to-air missiles, and then automatically placed the F-106 on the correct course to disengage. The F-106 could actually be fully computer-flown during most of its mission, the pilot being needed only for takeoff, landing, or in case something went wrong with the automation. Flight testing continued until early 1961, with each phase of the test program turning up a whole host of problems which required important engineering changes. Each change had to be defined, engineered, reviewed, and approved for production before modification of aircraft off the assembly line could begin. The Cook-Cragie production policy only made problems worse and by 1960 the Air Defense Command had so many different F-106 configurations out in the field that maintenance support was a nightmare. In September of 1960, due to the numerous modifications to the MA-1 fire control system made during production, a major modification project named "Wild Goose" was initiated to bring the earlier F-106s up to the latest production standard. Early in 1960, ADC could list 63 changes in the F-106A's fire control system and 67 changes in the airframe that would be required to make early F-106s equivalent to the machines currently coming off the production line. Lasting a full year, the program involved roaming AMC field assistance teams supported by ADC maintenance teams working at ADC bases. The 277th and last F-106A was delivered on 20 July 1961.