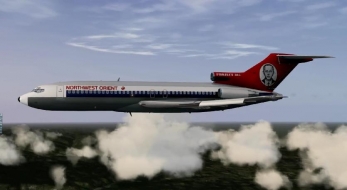 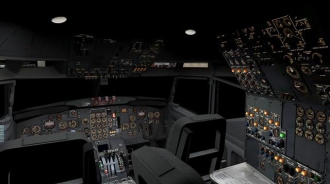 Project 305 started back in 2013. I started off the project with software made by Microsoft (FS9 flight simulator) it had it's limitations, so I set out looking for another simulation program. I started looking into X-Plane. after reading

the reviews, and trying the demo. I was sold.

I then purchased software called Flyjsims. they have a fully funtional boeing

727 that was added to the X-plane software. X-Plane is very demanding on

computers. I had a lot of ups, and downs getting things to function properly.

I purchased several computers, and video cards till I got it right.

The testing of the plane was done by the help of two posters from the forum. Hominid, and Robert99. I wouldn't be where I am today

with the project without the help from these two. the altitudes, speeds, flaps etc. were all checked. Robert99 is a pilot who guided me

through different phases. I learned a lot from both of them. timing is a crucial part of this project. Robert99 put me through a series of

Having been working in the construction industry for several decades doesn't make things easy. sometimes I work for weeks straight that might put a damper on things. an average test run could take up a whole evening. I enjoy it, don't get me wrong, but one can see

that time can quickly slip away when you take time away from the project.

When I first came into researching the case. I noticed lots of questions with

the flight path. this is when I got the idea to try the simulator. I had FS9, but

never used it much. I brought the idea up, and got a positive response, and

the project was born.

The verdict on the FBI flight path will be the task at hand.  I will be flying the path from Seattle to the Portland area, and the flight will

be recorded with the transcripts following along. this will be a challenge itself. the recorder takes up a gigabyte per minute. the flight

is over 40 minutes long. this will be the largest video I've done to date. it will be recorded in sections. this will be explained in the next upcoming page on this website. I'm hoping this can be a stepping stone for further testing, or validation.