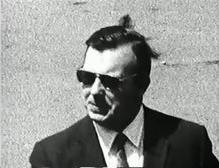 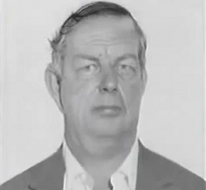 Details: Melvin L. Wilson is wanted by the Wisconsin Central Division-Madison U.S. Marshal's on charges of counterfeiting. In March of 1971, Wilson drove to Wabasha, Minnesota and dumped a 55 gallon drum into the Mississippi river. A month later, the barrel was found by a fisherman in Alma, Wisconsin.

The barrel contained approximately $200,000 in counterfeit twenty dollar bills plus the plates. Twenty-five years later, the daughters from Wilson's known previous marriages reunited in Hawaii. His five known children are searching for other brothers and sisters that Melivn may have had with other women, while the police are searching for him to arrest him. Wilson found his first wife in Berkeley, California in 1952; 17 year old Ruth Fessenden was an usher at a movie theather when the two met, fell in love, and eloped a month later. Wilson never mentioned that he had a history of passing bad checks and spending time in several jails. Their first daughter Lesli was born nine months after their marriage, and three months later she was pregnant again, but when Ruth needed to settle down, Wilson took the family back and forth across California. Wilson said that the moves were for business, which in part was true, but the business was forgery in payroll checks. In 1953, Wilson was arrested and while in San Quentin, his third daughter was born. After his release, Wilson abandoned his first family and in 1963 at 36 he arrived in Las Vegas and romanced 19 year old Amanda Satter; he didn't tell her about his previous marriage and family he left behind, along with his previous times in jail, but he told her a total fabrication and three months later they were married. Within two years, they had a daughter and a son, and during that time Wilson went from forgery to counterfeiting. During the night, Wilson would print fake twenties off in the family print shop, but when the feds began investigating, Wilson moved his family and operation to Minnesota. When the feds caught up with him, Wilson dumped the bills and plates in the Mississippi. Wilson was eventually arrested and expected a light sentence, but when he learned he was facing up to 25 years in prison, he vanished and has not been seen since September 1971. Although Mel Wilson vanished decades ago, the US Marshals consider his case open and active. The marshals often keep in contact with Wilson's families, which is how they learned about each other and reunited. However, Mel Wilson's known children believe that there are other siblings out there and want to find them. Also, authorities would like to find Melvin Wilson himself. Wilson is 6', weighs 180-200 pounds, has gray hair and blue eyes, enjoyed singing in choirs.

Extra Notes: This case first aired on the March 28, 1997 episode of Unsolved Mysteries.

Results: Wanted. Due to the passage of time, authorities think that Mel Wilson maybe deceased nowdays. If he was alive, he would be in his 80s today. He is now being listed as a missing person and is on Namus - National Missing And Unidentified Persons Database. 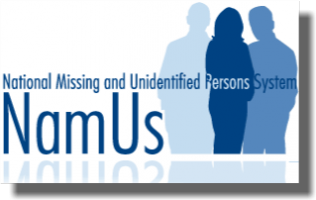