Click on the tabs below to go to the specific site labeled. 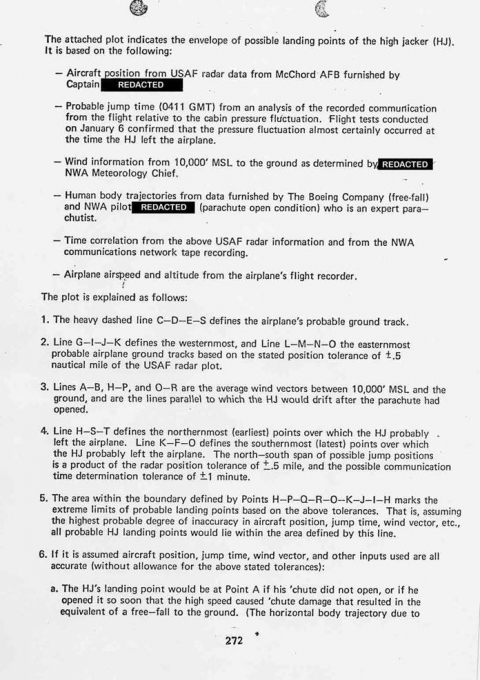 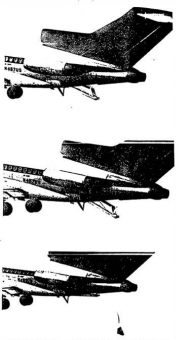 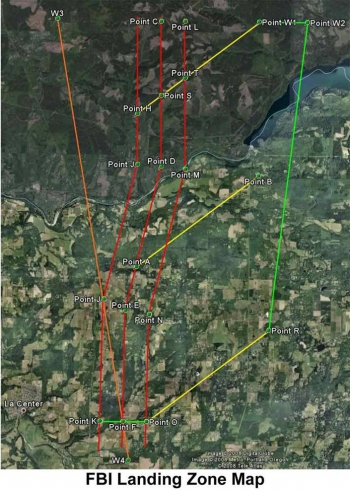 On the rainy afternoon of November 24, 1971—the day before Thanksgiving—a man in his mid-40s with brown eyes, wearing dark clothes and a raincoat, and carrying an attaché case walked up to the Northwest Orient ticket counter at the airport in Portland, Oregon, and purchased a one-way ticket under the name of “Dan Cooper” for Flight 305 to Seattle. After boarding the plane and ordering a drink, he handed a note to one of the flight attendants. “I have a bomb,” it said. Then he asked her to sit next to him.

His demands were simple, if not well thought-out: $200,000 in unmarked U.S. bills (any denomination), four parachutes (two chest-pack and two backpack chutes), and meals for the flight crew. He also insisted that the plane be refueled after landing in Seattle. Authorities scrambled to comply with his requests, with the president of Northwest Airlines authorizing the $200,000 ransom. While on the tarmac in Seattle, the hijacker, who would become known to the world as D. B. Cooper (the middle initial “B” was mistakenly added by a reporter in Portland who misheard the name given to him by a local FBI agent), let the other passengers and most of the cabin crew go, but insisted that flight attendant Tina Mucklow remain on board with him. He said he wanted to go to Mexico City.

About 33 minutes into the flight Cooper started down the rear stairs of the plane, and jumped into history, and has never been seen since. 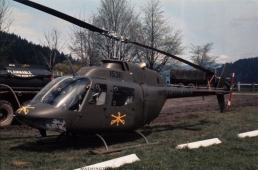 A Bell UH-1B 'Huey' helicopter from the Army National Guard during one of the searches for Cooper conducted in the Spring of 1972. Photo: FBI Special Agent John Detlor, Courtesy Of The Washington State Historical Society 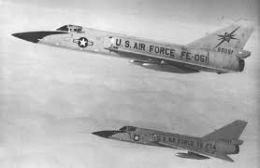 Two F-106 Darts from the 318th Squadron were scrambled to follow flight 305. they had trouble following the airliner at such low speeds causing for a zig zag formation to slow the planes down. the Darts were linked to the Sage radar which was part of our defense system in the early days of radar.

A Lockheed CH-130 was sent from Hamilton Air Force Base, California, commanded by Captain Bruce Kennard of the 41st ARRS to intercept flight 305 out of Red Bluff Ca. they flew at an altitude of 12,000 feet, with the lights off about 5 miles behind 305. 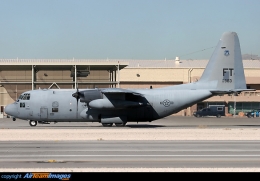 The attached pictures were captured by an AF chase plane during the testing. The plane is NWA flight 305 the one Cooper jumped from. The first two pictures show the sled at the bottom of the stairs. The third is just as the sled was pushed off the stairs. You can see once the weight was removed the stairs are back up into the plane which caused the pressure increase inside the aircraft.

I think where things went wrong was during the testing. For some reason we were not to re-create oscillations only the pressure bump. At this point the terms must have been combined and believed to be one and the same.

Once in the test area the plane was flown with flaps at 15 degrees, wheels down, approximately 150 KIAS. When the aft airstairs were released, they dropped 20 degrees. There was a slight change in cabin pressure indicated by gauges, but not felt by the flight crew.

Air Force Captain Wilson and M/Sgt Saiz individually walked down the airstairs (wearing parachutes) and stood at the bottom. Each reported that the stairs lowered to almost a level position, they were stable, no drag from the wind and they could stand fully upright.

When at the bottom of the stairs the cabin pressure gauge showed significant changes.

They then performed a test by dropping each of the two sleds and in both tests the sleds dropped directly down (dispelling a theory that Cooper would have been slammed up against the tail when he jumped). The moment the sleds cleared the stairs the flight crew felt a popping in their ears and the cabin pressure gauge reacted violently. It was discovered from chase plane photo's, video and reports from Wilson and Saiz that the pressure change was caused by the stairs being forced upward by the airstream after the weight was removed.

Transcripts from flight 305 on the evening of the hijacking. these files are courtesy of the Washington State Historical Society.