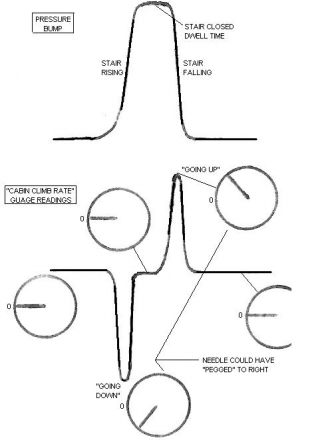 The positive and negative indications of the guage could have been larger or smaller than shown. They could even have banged up against the max limits on the right side of the guage. The whole sequence could have occurred very quickly, in which case it would seem that the needle jumped down instantly then back up instantly, then back to zero. If it occurred more slowly, this would seem more like a typical (albeit 1-cycle) "oscillation."

The response to the pressure bump could easily have been "the oscillation" except for the bump or ear popping not being mentioned along with the oscillations in the logged communications, or the later timing of the bump not corresponding to the logged time of the "oscillations," or nobody ever saying they were the same thing.

The information provided below was done by Hominid. he's a regular poster on our forum 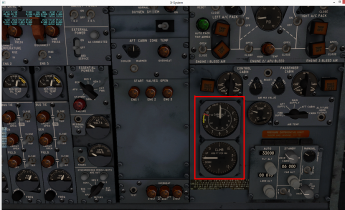 The photo on the left is the upper portion of the Flight Engineer's Panel. this section around the red square is for pressurizing the interior of the plane. the red square indicates the gauges. the bottom one would of alerted them that

Wind Inside The Plane If The Stairs Were Down?

It is true. With the rear open no air would be flowing through the cabin except for whatever little bit the air conditioning and pressurization system may have produced. No air flow through because there was nowhere forward for the air to enter. Some air movement could occur. Come in through one area of the door and back out through another. But it would be only slight.

Agent Larry Carr stated no air current could be detected with the stairs down in flight. during the test a gentleman was sitting in the back holding papers, and they barley moved. 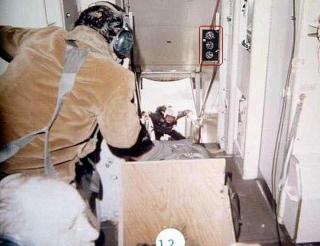 Tina Mucklow had no risk of being sucked out of the back of the plane...

Test done by the FBI shortly after the hijacking

In the United States, Victor airways are designated by the FAA in FAA Order JO 7400.9. They are available for flight belowFlight Level 180 (approximately 18,000 feet (5,500 m) above mean sea level (AMSL)) under either instrument flight rules(IFR) or visual flight rules (VFR).

Victor airways have minimum (and possibly maximum) altitudes for IFR operations established. For VFR operations, victor airways are just a subset of so-calledFederal airways (which also include so-called colored airways), which are designated as Class E, and hence are extended from 1,200 feet (370 m) above ground level (AGL) up to, but not including, 18,000 feet (5,500 m) above mean sea level (AMSL)

Victor airways are depicted as black solid lines on IFR Low-Altitude Enroute charts and as thick faded blue lines on VFR Terminal and Sectional Area charts. They are identified by a number, similar to an interstate highway (for example, a pilot could say that he/she is "flying Victor Eight").

The width of the victor corridor depends on the distance from the navigational aids (such as VORs): 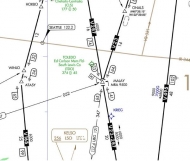 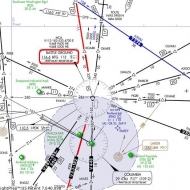 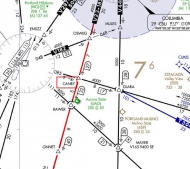 V23 is the airway flight 305 took most of the way down to Reno. Cooper didn't request this path.

a turn was made at Toledo passing by the Maylay intersection, (see on right) the flight arrived at this

Flight 305 left Seattle headed south on V23. the plane stayed on V23 all the way down to Toledo Washington. the flight moved slightly westward prior to turning at Ed Carlson Memorial field.

somewhere near Merwin lake, and Orchards. the time frames would be between 8:10, and 8:15 pm.

Agent Larry Carr believes a mix up occurred between the time Cooper was on the stairs, and when

he actually jump. it's possible it was further south than originally thought. this puts Cooper closer

to the Columbia river. when the plane passed over the Battleground Vortac it had traveled approx.

The money find changed the flight path, not (as you call him) Agent H. Each time a piece of information or evidence surfaces that may point in a different direction you must take a look at from a fresh perspective. Hopefully it completes your investigattive theory, if not you have to look at the facts with the new info added in and see where it takes you.

Flight Path vs Money Found In 1980