Robert Richard Lepsy, disappeared from Grayling, Michigan on October 29th, 1969.  Lepsy was married at the time and the father of four children.

Lepsy was born and raised in Chicago, Illinois, but moved to Grayling, Michigan for his senior year of high school.  There he met his future wife, Jackie, and they were married a year later.  Lepsy worked in the grocery store business and eventually became manager of Glen’s Market in Grayling.

On October 29th, 1969, Lepsy left  his place of employment at lunch time, stating he was going for a ride.  A couple hours later, Lepsy called his store from the nearby town of Traverse City and said he was taking the rest of the day off.  Lepsy was never seen or heard from again.

A few days later Lepsy’s station wagon was found abandoned in the Traverse City Cherry Capitol Airport’s parking lot.  His car was unlocked, with the keys in the ignition and half a pack of cigarettes on the dash.

Lepsy was suspected of absconding to Mexico after embezzling approximately $2000 from his employer, though this has never been confirmed.

Because of the unusual circumstances surrounding Lepsy’s disappearance, Lepsy was not officially considered a missing person until 2011. 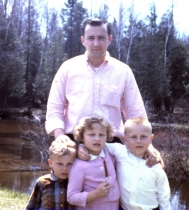 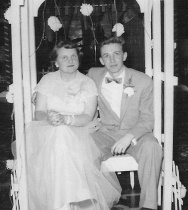 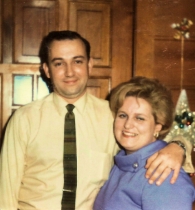 On average, 90,000 people are missing in the USA at any given time, according to Todd Matthews from the National Missing and Unidentified Persons System, or NamUs, a national database for missing people.

Ross Richardson gives a radio interview with the possibility of Dick Lepsey being DB Cooper.