A series of PDF files including statements made by the crew on the night of the hijacking on Novenber 24, 1971

These are direct links to the files. I'm having trouble embedding the files onto the site.  just click 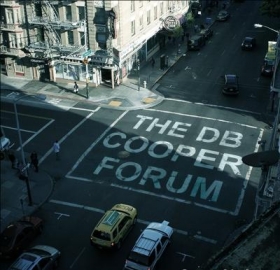 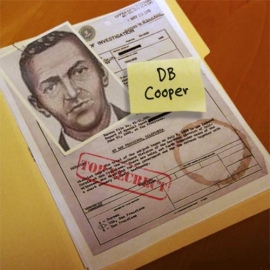 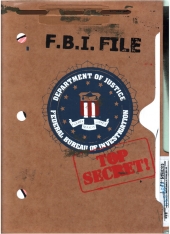 These files contain statements from the crew that was hijackack by Dan Cooper on Novenber 24, 1971 aboard

Northwest Ailines flight 305 out of Portland Oregon. this is America's only unsolved hijacking. the files were sent

to me by a man known as Reichenbach. that's his username while on public forums. credit needs to be given to

him for supplying these documents. 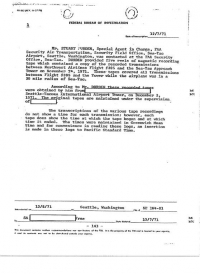 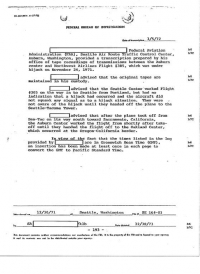 Pages 143 and 193 were recently released to Robert Nicholson (Robert99) by the FBI as a result of an FOIA request. The FBI also referred 81 pages of FAA generated files back to the FAA for their review and appropriate action.  The FAA has yet to respond and their review is apparently still underway.  This matter will be discussed at more length in posts by Robert99 over the next few days.

Explanation of the FOIA exemption can be found by clicking HERE

One of our members put all the files into one document for easier access. the names have been replaced by the redacted version in the original documents.

A link to DB Cooper could possibly date back to the mid to late 60's. the miitary/CIA was doing cargo drops, and parachute drops from the rear exit of a Boeing 727. the files below were found by a gentleman known as snowmann.

The following files below are in regards to the SR-71 flying over the dropzone shortly after the hijacking.  credit goes to Snowmann for sending these files.

The files below are a must see if you wish to understand the DB Cooper case. these files were found from several sources.

The Washington State Historical Society, Sluggo's website, and Dropzone.com. credit needs to be given.

The files below are important to read and understand about the case. lots of myths surround this case, so I'm trying to upload the information to one location.

Geoffrey Gray has released the missing files that we have been waiting for. a huge thank you goes out to Geoffery. the link to his page can be found here. these files are complete and appear to be from Seattle vs Las Vegas files we have below. 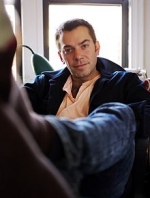 Credit needs to be given to Tom Colbert for allowing me to post these files on McCoy..