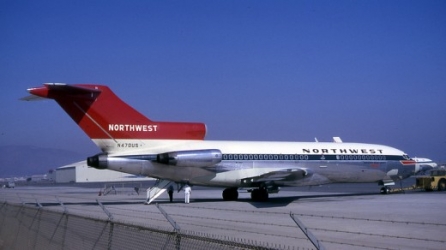 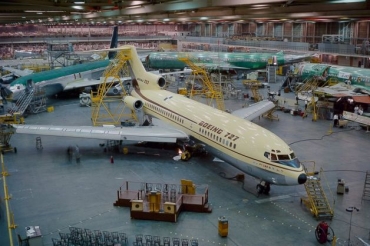 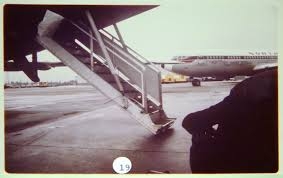 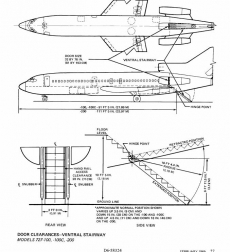 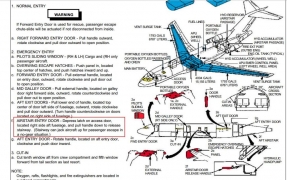 The plane used in the hijacking of flight 305 was a Boeing 727-51. this plane had stairs in the back of the plane that could be used for passengewrs to enter, or exit the plane. DB Cooper Cooper jumped from the stairs shown in the photo to the right.

The fate of N467US Hijacked by DB Cooper 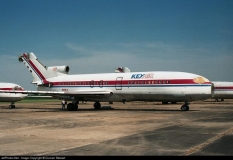 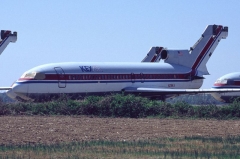 There are 2 control handles for the airstairs on a B727, one under a panel on the lower fuselage right beside the stair forward hinge point, and one at the top of the stairs behind a panel on the left side which can only be accessed when the rear cabin door is open. Because the cabin door can only be opened when the aircraft is unpressurized, this usually would prevent its actuation in flight. However, after the D B Cooper hijacking a device was added referred to as an anti-hijack vane that would swing over when the aircraft was in flight and prevent the door opening. To close the door either an electric hydraulic pump has to be turned on in the cockpit, or a hand pump beside the lower control operated while either handle is held to the close position. The door will free fall open without hydraulic pressure, but the support arms may have to be pushed to an overcenter position.

Southern Air Transport worked as somewhat of a shell contractor flying airliners for Air America during the late 1960s, of which the Boeing 727-200C was the most prevalent. As part of this contract, the powers that be wanted to see if these aircraft could be used for clandestine air drops via modifying their built-in rear air stairs with a slippery slide like trough.

Tests were conducted over Thailand in 1968 and the aircraft seemed uniquely capable of quickly air dropping pallets of cargo as well and jumpers while retaining overall airliner appearance and performance. The extent of which this capability was used once it was proven is not clear, but I have been told that it was in fact used repeatedly in Laos and other "border regions" where America was not technically supposed to be.

More information, and video's can be found by clicking here.

Control wheel from the D.B. Cooper hijack plane. copy/past below

As part of a "lot" of parts we bought, we accidentally acquired a pair of wheels from a 727-100, tail # N467US. it turns out to be the plane old D.B. Cooper used to try the yard-dart trick with his head. we

consider this set to be a genuine treasure.