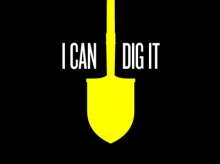 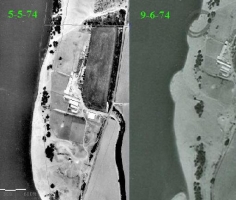 On Feb. 10, 1980, 8-year-old Brian Ingram and his family were picnicking by the Columbia River near Vancouver, Wash., when Brian found a clue to a real-life mystery story that had been written shortly after he was born. While clearing a spot for a camp fire, “I got down to use my hand and arm to scoop the sand clear,” recalls Brian, now 15. “I hit this sort of lump and dug it out. I wasn’t excited at all at first, then I brushed the sand off, and it was money!” 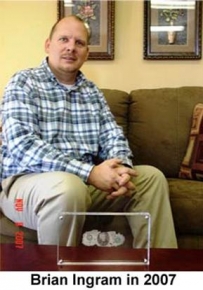 Picture above is an arial view of  Tena Bar, location of the money found in 1980

The soggy, and semisolidified packet of 299 identifiable $20 bills turned out to be the only tangible evidence ever recovered from the 1971 hijacking and ransoming of a Northwest Orient Airlines 727 by an unidentified man who came to be known as D.B. Cooper. With $200,000 in $20s, Cooper had parachuted out of the back of the plane at night over heavily wooded country somewhere in southwestern Washington and was never seen again. 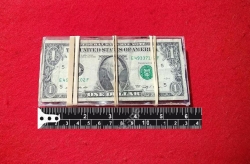 The goal is simple. try and match the condition of the bills found in 1980. this should give us clues to the length of time spent in sand prior to the money being found. (sample on left, Cooper cash on right)

Several test samples will be placed in the sand.

Samples are as follows

#1 Two bundles of bills wrapped with a single rubber band

#2 Two sets of Lexan blocks with multiple bands on them.

#3 One bundle of vintage bills will be placed in the sand.

Five holes will be dug to place the samples. it will be two separate tests. one set (1&2) will remain

in place the entire time of the test period which will be 2 years. the second set of samples will be checked every three months. these will be photographed in detail showing any signs of deterioration.

The samples that will be untouched should give us a clue whether or not the sand held the bands in place during it's burial period, possibly recreating the rubber bands "crumbling to the touch" .

Heavy erosion has taken place where the money was found, so we will be moving south to Caterpillar Island. it's just below (see photo) Tena bar, and should give the same results. the actual location will remain classified during the test period. 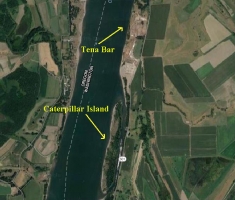 A 3D view of Caterpillar Island

A more defined background will be posted soon

The bills above are four 1969 series bills

that will be used in the testing